MRS. DEBORAH MATON BRYANT, age 56, of Glenn Drive, Summerville, Georgia, passed away Friday, November 27, 2020, in a Rome hospital. She was born in Rome, Georgia on January 5, 1964, a daughter of the late Paul Leonard Maton and Annie Sue Touchstone Maton Matthews, who survives. Mrs. Bryant was Baptist by Faith.

Posted by Earle Rainwater at 8:19 PM No comments:

MR. ALTON LUTHER SHAW, Sr., age 68, of Trion, Georgia, Mountain View Community, passed away Sunday, November 22, 2020, at his residence. Born in Cedartown, Georgia on April 11, 1952, He was a son of the late Melvin and Anner Redden Shaw. Mr. Shaw was a retired heavy equipment operator.

Earle Rainwater Funeral Home is in charge of arrangements for Mr. Alton Luther Shaw, Sr. who died Sunday.
Posted by Earle Rainwater at 9:02 PM No comments:

MRS. RHONDA PETTYJOHN STERNER, age 57, of Greeson Street, Summerville, Georgia, passed away early Saturday morning, November 21, 2020, at her residence. Born in Rome, Georgia on March 7, 1963; She was a daughter of the late Thomas S. and Louise Greene Pettyjohn. Mrs. Sterner was a member of Antioch Baptist Church and was employed with Southeast Pathology, in Rome.


Posted by Earle Rainwater at 1:20 PM No comments: 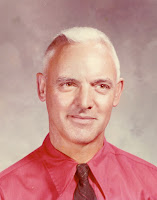 MR. CHARLES MILLER MARKS, age 97, passed away Sunday, November 15, 2020, at Floyd Medical Center in Rome, Georgia. Born on February 3, 1923 in Summerville, Georgia to the late Harry and Maude Nichols Marks. Mr. Marks was married to the late Mary Lois Roper Marks on December 25, 1941, and was preceded in death by sisters, the late Julia A. Wyatt, Anis H. Harris, Ruth Schongerth, Mary E. Majors; brothers, the late James H. Marks, Stuart T. Marks, and Thomas Marks. He was a Veteran of WW II serving in the U. S. Air Force and was retired from Chattooga County Schools where He was the Vocational Teacher. Mr. Marks was a member of the Summerville Presbyterian Church.

A Funeral service will be held at a later date.

Mr. Day was born on April 15, 1925 in Chattooga County to the late Annie Mae Nunn Day, and George J Day Sr. He was as member of the Pleasant Grove church of Christ where he served as the song leader for many years.

After graduating from Trion High School, Mr. Day enlisted in the US Navy in July 1943 and served his country during WWII. Prior to his retirement, he was a manager in the cloth room at Riegel Textiles.

He is survived by his loving wife of 71 years, Mary Nell Hendrix Day and one sister Charlotte (Jimmy) Hall along with several nieces and nephews.

In addition to his parents, he was preceded in death by his precious daughter Glenda Jane Day.

A private family graveside service will be held at West Hill Cemetery in Trion, GA with Minister Hugh Glaze officiating. In lieu of flowers, donations can be made to the Pleasant Grove church of Christ.

Posted by Earle Rainwater at 4:24 PM No comments:

MRS. MONTEZ WILSON GLADNEY, a resident of 3451 Hwy. 48, Summerville, Georgia, passed away early Tuesday morning, November 10, 2020, at her home. She was born February 4, 1933 to the late James Aubrey Wilson, Sr. and Lena Gibson Wilson. Montez was preceded in death by her husband-Charles Lamar Gladney in 2003, as well as eight siblings, Claudine Fowler, Ewart Wilson, Sr., Maughee Wilson Evans, Charles B. Wilson, Lorenzo Wilson, James A. Wilson, Jr., Waylon Wilson, and Juanita Wilson. Montez was a faithful member of the South Commerce Church of Christ for almost 70 years and was retired, after 42 years of service from Fieldcrest Cannon. She took great delight in her family and also loved to sing.

Montez is survived by daughter Kaye Greer and her husband, Preston; two beloved grandchildren, William Benjamin Greer and Kailen Laura Greer; one sister, whom she loved dearly, Joan Wilson Renslow; she is also survived by a host of Nieces, Nephews, great Nieces, and great Nephews.

Posted by Earle Rainwater at 4:31 PM No comments: