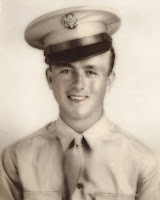 MR. CHARLES B. WILSON, age 87 of Hwy. #48-Summerville, Georgia passed away Sunday, September 23, 2012, at his residence surrounded by his loving family.

A native of Dutton, Alabama, he was born to the late James Aubry Wilson, Sr. and Lena Ada Eva Gibson Wilson on October 12, 1924 and was known to his many friends as “Charlie B.” He moved to Summerville in 1936, graduated from Summerville High School, and married the love of his life, Dora Ellen Bynum on April 16, 1943. After a month of married bliss, he entered the U. S. Army and after training, landed in the “D” Day Invasion, June 6, 1944, in the third wave on Utah Beach-Normandy, France; made His way through France into Belgium where he also fought in the “Battle of the Bulge”. For his service Mr. Wilson received many medals and commendations from the U.S. Army and was awarded the Medal of Honor from France only a few years ago.

MR. W. L. MARTIN, age 75, of Davis Road-Trion, Georgia, Mt. View Community, passed away Monday, September 17, 2012, at his residence. A native of Barrow County, Georgia, He was born to the late Willis L. and Martha Gaddis Martin on February 26, 1937. Mr. Martin was a Veteran of WW II serving in the U. S. Army Paratroopers and a retired auto body repairman. He was preceded in death by his wife the late Essie Vernon Martin and daughter the late Diane Sparks. Surviving are grandsons-Adam Gorham and Chad Campbell both of Summerville; several Great Grandchildren. At Mr. Martin’s request the body will be cremated and there will be no funeral service. Earle Rainwater Funeral Home in charge of arrangements.
Posted by Earle Rainwater at 11:49 AM No comments:

MRS. HAZEL A. HENDERSON, age 92, of Pine Street-Trion, Georgia passed away Friday (September 7, 2012) evening in a Rome hospital. She was born on March 19, 1920 in Walker County, Georgia to the late William McKinley and Myrtis Rosalee Brown Adams. Mrs. Henderson was a member of the Trion United Methodist Church, the American Legion and V.F.W. Auxiliaries’, and was retired from Mt. Vernon/Riegel Mill. She was preceded in death by her husband the late Hobert Henderson on September 7, 1993. Surviving are daughters and spouses-Maxine Henderson and Steve Drummond of Gibson, GA. and Phyllis and Larry Stansell of Trion; brother-Freeman E. Adams of Pensacola, FL.; grandchildren-Michael and Paula Drummond of Seneca, S.C., Cynthia and Danny Blume of Gaston, S.C., and Melissa and Adams Hankins of Trion; Five Great Grandchildren; several Nieces and Nephews also survive. Funeral services will be held Sunday, September 9th, at 3:30 P.M. from Graveside in West Hill Cemetery with Rev. David Autry officiating. The Family will receive friends Sunday from 1:30 P.M. until 3:00 P.M. at the Funeral Home. Earle Rainwater Funeral Home in charge of arrangements.
Posted by Earle Rainwater at 2:48 AM No comments: