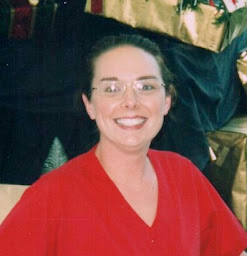 Mrs. Jennifer Kaye Phillips Fields, 41, of Armuchee, passed away at her residence on Saturday, April 10, 2021.

Born April 21, 1979 in East Point, Georgia, she was the daughter of Myles and Kathy Phillips of Armuchee, Georgia. Jennifer was of the Baptist faith and was a good wife and mother. She enjoyed spending time with her family, painting and refinishing furniture, decorating her home with treasures she found at the local thrift and junk stores, and was an awesome cook. She especially liked to brag on her kids, Olivia’s artistic ability and Hayden’s test scores. She was very proud of their accomplishments and encouraged them to pursue their education and dreams.

Though unemployed at the time of her death, she worked for many years as a surgical technician in several hospitals, the most recent being Floyd Medical Center and Redmond Regional Medical Center in Rome, and Dekalb Medical Center in Fort Payne, Alabama. She especially enjoyed the field of orthopaedics and the work she did alongside Dr. B. (Bowerman) in Rome, Georgia.

Posted by Earle Rainwater at 9:47 AM No comments:

MRS. MARGARET BRINDLEY CHRISTIAN GROOVER, age 76, of Hemphill Road, Summerville, Georgia, passed away Saturday, April 10, 2021, in a Rome hospital. She was born in Dundee, Scotland on February 18, 1945, a daughter of the late Milford Lee and Margaret Milne Brindley Christian. Mrs. Groover was a member of the Dry Valley Baptist Church and formerly worked for St. Paul Insurance Company in customer service. In addition to Her Parents, she was preceded in death by a granddaughter, the late Heather Oliver.

Posted by Earle Rainwater at 8:48 PM No comments: