MRS. ANITA RUBY DICKERSON, age 88, of University Circle-Summerville, Georgia passed away Thursday, July 28, 2011, evening in a Rome hospital. A Missouri native She was born on January 28, 1923 to the late Arthur and Elizabeth Blankenship Oelsen. Mrs. Dickerson was owner/operator of a grocery store and restaurant; had resided in Arkansas and Chicago, Illinois moving to Chattooga County, Georgia a few years ago. She was preceded in death by her husband the late Bill J. Dickerson in 1985.

MRS. Betty Ann Tucker, age 71, of Denson Road-Summerville, Georgia passed away Monday, July 25, 2011, at her residence. A native of Chattooga County, Georgia She was born to the late Russell and Myrtis Adams Lowry on January 22, 1940. Mrs. Tucker was a member of North Summerville Baptist Church and was retired from the Lab at Mt. Vernon Mills and was also a cashier for Pay-N-Tote convenience store. She was preceded in death by her husband the late Harold Fred Tucker, Sr. on December 4, 2003, and siblings Mary Jo Treadaway, Jackie Mills, Harman Lowry, and Floyd Lowry.

MRS. HELEN DEAN REYNOLDS, age 79, of Wood Street-Summerville, Georgia passed away Saturday, July 23, 2011, in a Rome hospital. Born in Shannon, Georgia on January 20, 1932 She was a daughter of the late Raymond and Nellie Crabtree Garmany. Affectionately known as Ms. Helen, she was a member of the Chapel Hill Full Gospel Baptist Church, was retired from retail sales from K-Mart and Walmart, and was preceded by husbands the late Rev. W. H. Dean and the late Rev. Harley Reynolds; she was also predeceased by children-Sonny Dean, Jerry Dean, and Betty Norton, and siblings-Frances Maxey, Mattie Ruth Hickey, and Richard Garmany.

MRS. MARY E. GROCE, age 82, of Summerville, Georgia passed away Sunday, July 10, 2011, in a Rome hospital. She was born on March 12, 1929 in Birmingham, Alabama to the late Fred and Geneva Armstrong Powell. Mrs. Groce was a member of Summerville First Baptist Church, was retired secretary from Mann Mfg. Company, and was preceded in death by her husband the late Wayne Groce, brother-Earl Powell, 3 sisters-Tressie Drikard, Aileen Byram, and her twin-Maggie Powell.

Mrs. Molee “Mo” Hawkins, age 78, of Summerville, GA passed away Monday, July 4, 2011 in a Rome Hospital. She was born June 17, 1933 in Valley Head, Alabama, a daughter of the late Joel Brooks and Mae Atkins Clark. She was a Retail Sales Clerk and member of South Summerville Baptist Church. 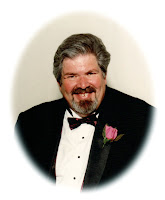 MR. C. D. “TINY” LONG, JR., age 67, of Hammond Drive-Summerville, Georgia passed away Saturday, July 2, 2011. Born in Cartersville, Georgia on November 16, 1943, He was the son of the late Charles Daniel Long Sr. and Frances Louise Howell Long. Mr. Long was a member of Harrell Street Church of God of Union Assembly. A Minister of the Gospel, He had taught heating/air conditioning and electrical at Northwestern Technical College, and was a member of Trion Lodge #160 F & AM. He was preceded in death by a son, the late Glenn Hester. 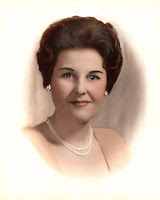 MRS. JOYCE ELAINE JACKSON, age 79, of Harrisburg Road - Summerville, Georgia passed away Friday, July 1st, 2011, at her home. She was born in Denver, Colorado on April 3rd, 1932, a daughter of the late Emile T. and Thelma Madison Gourdin. Mrs. Jackson was a homemaker and a local artist and craft person.

Funeral services are Sunday, July 3rd, at 3:00 P.M. from the J.D. Hill Memorial Chapel of Earle Rainwater Funeral Home with the Rev. Ricky Biddle officiating, interment in Greenhills Memory Garden. Active Pallbearers are Sons In-law and Grandsons. Visitation will be Sunday from 2 –3PM at the funeral home.