MR. WILLIAM LERIC REYNOLDS, age 93, of Highway #100, Summerville, Georgia passed away Saturday morning, January 30, 2021, at his residence. A native Chattooga Countian, He was born on June 10, 1927, in Lyerly, to the late Lonnie Lee and Alise Ragland Reynolds. Mr. Reynolds was a Veteran of the U. S. Army serving during the Korean Conflict, a member of Lyerly Lodge #338 F & AM, and was retired from the textile and used car industry. He was preceded in death by his son the late Lamar Reynolds, siblings, Claude “Bud” Reynolds, Ruby Lecroy, Maxine Lee, Joe Reynolds, and Raymond Reynolds.


Posted by Earle Rainwater at 3:13 PM No comments: 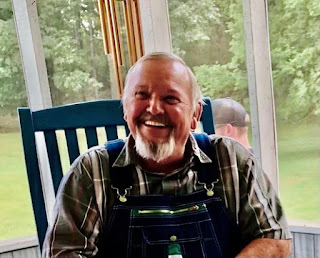 MR. JAMES IVAN BENNETT, SR., age 68, of Gore-Subligna Road-Summerville, Georgia, passed away Sunday, January 3, 2021, at his residence.  Mr. Bennett was born in Summerville, Georgia on April 21, 1952, son of the late James C. and Nelda Mae Williams Bennett.  Mr. Bennett was a mechanic and farmer; he was a member of Sonrise Community Church and President of Chattooga County Gideons International Camp.

A memorial service will be held Saturday, January 9th 2021 at 11:30 a.m. from the Sonrise Community Church with Mark Smith and Chip Smith officiating.

In lieu of flowers, the family requests donations be sent to the Sonrise Community Church Building Fund or to Gideons International in Mr. Bennett’s memory.

Posted by Earle Rainwater at 7:28 PM No comments:

Mrs. Alice Ann “Cricket” Hood Smith Campbell, age 73, passed away unexpectedly in her home on January 1, 2021. Although she was born February 20, 1948 in DeKalb County, she lived her childhood and adult life in Chattooga County. She is fondly remembered as “Cricket” by those that loved her. Mrs. Campbell was preceded in death by her infant son, Steven Lamar Smith.

Surviving are her son and his spouse, Scott & Christy Smith of Summerville, granddaughters, Aubrey JoyAnn Smith and Rachel Elizabeth Smith, and also a very special friend, J.T. Rich. Ann was a friend to all and her generosity was known by many throughout her community.

A Private Graveside service will be held in her honor.

Posted by Earle Rainwater at 2:14 PM No comments: