CAPTAIN EDDIE LEE STROUP, age 65, of Summerville, Georgia, passed away early Saturday morning, October 31, 2020. Mr. Stroup was born in Fulton County, Georgia of November 24, 1954, to the late Charlie and Myrtice Carnes Stroup. He was raised in Cedartown, Georgia, and was a 1972 graduate of Cedartown High School. Following graduation, Mr. Stroup served in the U. S. Air Force, the U. S. Air Force Reserve, and the Army National Guard. He began his law enforcement career in 1992 with the Rockmart, Georgia Police Department rising to the rank of Lieutenant. He was later employed with the Polk County Sheriff’s Department as a Deputy, becoming the first K-9 Unit in Polk County, Georgia. In 2001 Mr. Stroup joined Chattooga County Sheriff’s Department holding positions of Deputy, Road Captain, Investigator, Chief Investigator, and as of late, Jail Administrator. Mr. Stroup loved Knowing that throughout his career, he was able to help those in need. Mr. Stroup was married to Rhonda Lynn Tucker Robinson, on April 1, 2006, in a beautiful ceremony in the mountains of Tennessee, surrounded by their loving children. In addition to His Parents, he in preceded in death by a brother the late Gary Wayne Stroup.

Posted by Earle Rainwater at 6:25 PM No comments:

MRS. INEZ “KNOCKIE” BLACKMON, age 84, of Martin Street, Summerville, Georgia passed away Sunday afternoon at her residence. A native of Chattooga County, Georgia, She was born to the late Charlie and Madie Ledford Bates, on May 4, 1936. Mrs. Blackmon was a member of the Community Holiness Church and was retired from the former Montgomery Knitting Mill. In addition to Parents, She was preceded in death by her husband, the late Mack Blackmon, daughter, the late Betty Blackmon Stansell, grandson, the late Ben Hix, and Six Siblings, also died earlier.


Posted by Earle Rainwater at 8:27 PM No comments:

MRS. KATHLEEN PHILLIPS WOOTEN, age 80, of Blowing Springs Road, Menlo, Georgia passed away Friday, October 23, 2020, in a Rome hospital. She was born in Trion, Georgia on March 6, 1940, to the late Charlie Edwards and Etheleen Rich Phillips. Mrs. Wooten was a member of West Berryton Faith Temple and formerly worked in the card room of Mount Vernon Mills and also was a cashier for Walmart. She was preceded in death by daughters, the late Janet Wooten and Jeanette Wooten, grandsons, the late Joshua Wooten and Jeremy Wooten, and son-in-law, the late David Wilson.

Earle Rainwater Funeral Home is in charge of arrangements for Mrs. Kathleen Phillips Wooten, who passed away Friday evening.

Posted by Earle Rainwater at 12:54 PM No comments:

Mrs. Ann H. Brooks, age 83 of Summerville Georgia, passed away Wednesday, October 21, 2020 in a Rome Hospital. She was born in Summerville on March 21, 1937, a daughter of the late Ralph Henry and Betty Elizabeth Tribble Housch. Mrs. Brooks was a member of the Trion Presbyterian Church and worked for Profitts Department Store for a number of years and later retired from Belks. Ann was preceded in death by aunts Edna Tribble Shaw and Lucille Tribble Ratliff and a brother in law, Bill Worsham.

Posted by Earle Rainwater at 7:52 PM No comments:

MRS. WANDA JO PRATHER, age 72, of Filter Plant Road, Summerville, Georgia passed away Thursday, October 22, 2020, in a Rome hospital. A native of Chattooga County, she was born to the late John and Sara Martin Blackwell on January 17, 1948. Mrs. Prather was a member of the Summerville First United Methodist Church and was retired lab technician for Mohawk. In addition to her parents, she was preceded in death by her husband the late Robert Gideon Prather; siblings, Ralph Blackwell, Bill Blackwell, Ronald Blackwell, and Tommy Blackwell.

Posted by Earle Rainwater at 10:58 AM No comments: 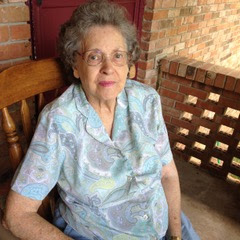 Posted by Earle Rainwater at 5:44 PM No comments:

LINDA ARLENE POSEY, age 72, of Fulmer Street, Summerville, Georgia, passed away Sunday morning, October 18, 2020, in a Rome hospital. She was born in LaFayette, Georgia on February 7, 1948, a daughter of the late Earl Jerome and Mary Elizabeth Eleam Smith. She was a member and pianist of the New Hope North Baptist Church, a 1966 Graduate of Chattooga High School and graduated from Medical Assistance Program of Alberquerque, New Mexico Tech. School, in 1983. For several years worked for Walmart. In addition to Parents, She was preceded in death by grandparents, Donald Oscar and Janey Marie Ledford Smith and Charlie Lester and Ida Lenora Tribble Eleam.

MR. DANNY ROSS TIMMONS, age 76, of Union Street, Summerville, Georgia, passed away Friday afternoon, October 16, 2020, in a Rome hospital. Born in Dekalb County, Alabama, on September 22, 1944, He was a son of the late R. B. and Rachel Watkins Timmons. Mr. Timmons was retired from auto body repair and was preceded in death by a daughter, the late Sara Dale Timmons, a granddaughter, the late Misty Bryson, and siblings, Becky Bethune, Linda Bethune, Tommy Timmons, Carlton Timmons, and Faye Timmons, all died earlier.

Posted by Earle Rainwater at 6:11 PM No comments:

MR. SCOTTIE CLARK “SMOOOTH” LEWIS, age 65, passed away Sunday, October 11, 2020, at his residence. A native of Chattanooga, Tennessee, He was born to the late Johnnie Q. Lewis and Dorotha Molee Clark Hawkins on May 18, 1955. Scottie was self employed, a member of South Summerville Baptist Church, and was preceded in death by his son, the late Chris Lewis.

Posted by Earle Rainwater at 8:35 PM No comments:

MINISTER THOMAS S. “TOMMY” BROOME, age 91, of Neal Gap Road, Summerville, Georgia passed away Friday afternoon in a Rome hospital. He was born in Chickmauga, Georgia on January 17, 1929, to the late William M. and Ola Tinney Broome. Minister Broome was a retired Church of Christ Minister, having pastored numerous congregations in this area, was presently a member of the Pennville Church Christ. He was preceded in death by his first wife, the late Duene Broome in 2012 and a son the late Spencer Broome in 2020.

Funeral service will be held Monday, October 12th, at 2:00 P.M. from Graveside in Greenhills Memory Garden with Minister Charles Williams and Minister Robby Eversole officiating; Pallbearers will be Grandsons. The Family request face coverings be worn by everyone, attending the funeral service. There will be no formal visitation.

MR. ZACHARY “ZACH” HOBSON BROWN, passed away Tuesday, October 6, 2020. He was employed in the paint department of Roper Corporation and was a former oil rigger. Zach was an avid Hunter and was preceded in death by paternal grandparents, Connie Jewell Brown and Elgin D. Brown, maternal grandparents, Ada Lavon Hartline Gentry and Charles Jackson McCullough and uncles, Thomas R. Ochs and Tom Brown.

Posted by Earle Rainwater at 4:07 PM No comments: