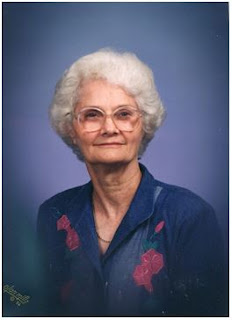 Mrs. Snow was retired from the Chattooga County School System as a lunchroom manager, serving at Summerville Elementary, Pennville Elementary, and Lyerly Elementary schools. She also worked at Riegel Textile in the 40’s and 50’s and the Trion Community Center “Y” in the 60’s and 70’s in the diner. Mrs. Snow was a long-time member of the Trion United Methodist Church serving in many capacities over the years.

The family will receive friends at the Trion United Methodist Church on Sunday, May 9th from 1:00 PM – 2:00 PM with a celebration service to follow at 2:00 PM. The Revs. David Autry and James Hannah will be officiating. Interment will follow at West Hill Cemetery in Trion, GA., for family only. Pallbearers include grandsons Gil Williams, Ashley Snow, Clayton Snow, Chris Snow, Jeremy Snow, Adam Snow, and Tom Snow. Honorary pallbearers include the church youth groups from the 1960’s and 70’s, Elizabeth Hall, Stanley Carpenter, and residents on Bittings Ave. in Summerville. In lieu of flowers, the family requests donations to be given to Trion United Methodist Church or to Camp Hamby. Please observe mask wearing and social distancing as needed. Earle Rainwater Funeral Home has the arrangements for Mrs. Nona Laura Snow.

Posted by Earle Rainwater at 10:10 AM