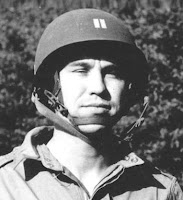 DR. EARL BEATTY, JR., age 92, of Fort Valley, Georgia passed away Monday, November 26, 2012. Born in Summerville, Georgia on December 11, 1919 to the late Dr. Earl Beatty, Sr. and Addie Willard Beatty. A graduate of Darlington School and Emory University School of Dentistry, He was a Veteran of WW II serving in the Army as Regimental Dental Surgeon of the 508th Parachute Infantry. He saw combat in Europe and served as General Eisenhower’s Honor Guard at USFET Headquarters in Germany after the war ended in 1945. He remained in the Reserves and was transferred to the Air Force with service in Korea and Viet Nam until retirement in 1973 with the rank of Colonel. Dr. Beatty was a member of numerous dental associations, serving as President of the Central Dental Society in 1967. He was an elder in the Fort Valley Presbyterian Church, a Mason, Shriner, and member of many other civic organizations. He was preceded in death by first wife, Martha Rackley Beatty and second wife, Nita Wilder Graham Beatty. Surviving are son and wife, Earl (Jean) Beatty, III; stepson, James E. Graham; four Grandchildren and two Great Grandchildren. Funeral service will be held Saturday, December 1st, at 11 A.M. from the J. D. Hill Memorial Chapel of Earle Rainwater Funeral Home, interment in the Family lot of Summerville Cemetery with full military honors. The Family request in lieu of flowers donations be made to Darlington School, Rome, Georgia. Earle Rainwater Funeral Home in charge.
Posted by Earle Rainwater at 2:53 PM