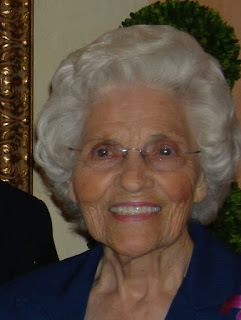 MAZIE CROW PURCELL, 102, of Summerville, passed away at home surrounded by family, Monday, February 15, 2021. Born in Sandy Cross, Franklin County, Georgia, on July 5, 1918, she was the third child of Revie James and Noah Simpson Crow.
She attended Habersham College and John Hopkins University. During WWII, she served with Civil Service, first in Baltimore, Maryland, and later in Anniston, Alabama, from 1941-1947 as a corps driver for dignitaries visiting the Munitions Ordnance Depot.

She was a member of Summerville First United Methodist Church.
Mrs. Purcell worked for Wright Garment Company, Georgia Rug Mill and Jackson's Drug Store as a bookkeeper. She enjoyed genealogy and sponsored participants in the Crow DNA project. She assisted in research for the publication of The Purcells of Georgia with her husband Maylon H. Purcell and Dr. Claude Purcell. She was a member of the Joseph Habersham DAR Chapter and Alfred Holt Colquitt UDC Chapter.

In lieu of flowers, donations should be sent to Summerville First Methodist Church for Children's Ministry.