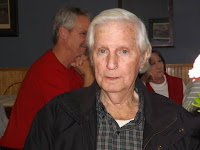 MR. SONNY TINNEY, age 87, of Allen Street, Summerville, Georgia passed away Tuesday morning, August 31, 2021, at his residence. He was born in Berryton, Georgia on April 11, 1934 to the late John Edward and Mattie Calista Whitehead Tinney. Mr. Tinney was Baptist by Faith and retired from the tufting department of Mohawk Mill. In addition to Parents He was preceded in death by siblings-Johnny Tinney, Bobby Tinney, Mildred Newsome, Mary Ruth Masters, and Barbara Tinney.