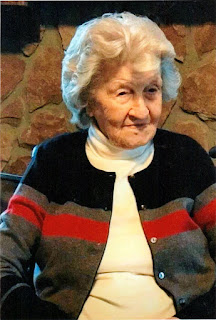 MRS. ANNIE HENDRIX MCCARY, age 101, of Bethel Church Road, Summerville, Georgia, passed away Wednesday, September 1, 2021, at Her residence.  A life long resident of Chattooga County, Georgia, She was born to the late Walter Dewitt and Stella Mae Hix Hendrix on February 21, 1920.  Mrs. McCary was preceded in death by her husband, the late Marvin Franklin McCary and Siblings, the late Elmer Hendrix, Frank Hendrix, the late Robert Hendrix, and the late Rev. Charles Hendrix.  She was a member of Bethel United Methodist Church.

Posted by Earle Rainwater at 7:05 PM