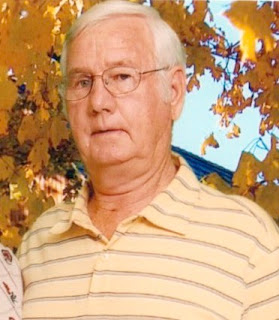 Mr. Bobby Eugene Hayes of the Halls Valley Community passed away on Monday, June 13, 2022 at Oakview Health & Rehabilitation. Bobby was the only son of the late Ernest “Bub” Eugene and Willa Mae Davenport Hayes. He was born in Trion Georgia on January 31, 1939. He married Sandra Kay Williams on December 23, 1961 at Pleasant Grove Church of Christ. He served in the United States Army from January 1962 until December1963 during the Cuban Missile Crisis. Bobby and his late father operated and owned Hayes Upholstery Shop from 1955 until 1992. Bobby was employed at Mount Vernon Mills from 1992 until his retirement in June 2004. He served as a deacon and elder at the Pleasant Grove Church of Christ for many years. He was preceded in death by his late grandparents, Huland Burg and Lula Zenobia Conley Davenport, Geoffrey Clingman and Minnie Mae Evans Hayes and step grandmother Mattie Rhodes Allen Hayes. His loving parents preceded him in death, Ernest “Bud” Eugene Hayes on December 22, 1984 and Willa Mae Davenport Hayes on December 24, 2010.

Funeral services will be held Thursday, June 16, 2022 at 2 p.m. from the J.D. Hill Memorial Chapel of Earle Rainwater Funeral Home with Ministers Hugh Glaze and Robby C. Eversole officiating. Interment to follow in Williams Cemetery. Active Pallbearers will be Luke Hayes, Jake Hayes, Stephen Williams, Billy Williams, Harold “Cotton” Williams, and Jerry Davenport. Honorary Pallbearers will be Harley Brown (Room C111) and the Staff of Oakview Health & Rehabilitation and Affinis Hospice. The family will receive friends from 1 until 2 P.M. at the Funeral Home. In lieu of flowers donations may be sent to the Parkinson’s Foundation or charity of choice.

Posted by Earle Rainwater at 12:54 PM