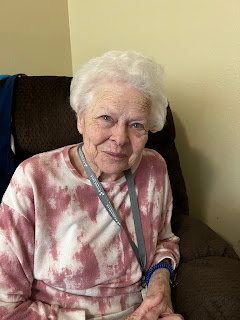 MRS. JOYCE JEANETTE BEAN, age 88, of Rollins Drive, Summerville, Georgia, passed away Sunday afternoon, June 12, 2022, in Rome Health Care. She was born in Chattooga County, Georgia on December 22, 1933, a daughter of the late Grady J. and Hattie Hines Johnson. A member of Midway Baptist Church, She was retired sales clerk for the former Jackson Drug Store of Summerville, and was preceded in death by husbands, the late William T. Bean and the late Raymond Thompson.

Posted by Earle Rainwater at 12:10 PM